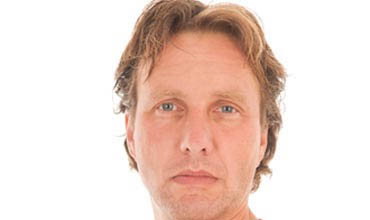 When a man called to report a domestic disturbance, the police arrived and accused him of being the aggressor. They threatened to arrest him if he did not sign a waiver of prosecution against the other party. When he refused to do so, the arresting officer accused him of DWI, even though the man was never even driving . The officer failed to read the man the implied consent warning and didn't even offer him a chance to take a breath test, but still charged him with a DWI and gave him notice of a one year revocation of his driving privileges for refusing to blow. Our office quickly stepped in and filed a petition to review the refusal revocation and entered on his criminal case. After thoroughly reviewing the police report and videos of the arrest, we were able to win his license case straight out and argue with opposing counsel to get his DWI charge fully dismissed.

A CDL driver Kept His License

A CDL driver kept his license and we had his DWI dismissed when our paralegals and attorneys reviewed the police report & video revealing that the officer did not administer the breath test properly. On the stand under our attorney's questioning, the officer admitted to his mistakes in open court, and the ruling was made quickly in our favor. This professional truck driver not only kept his job, but also his perfect driving record.

Stopped For Failing To Use Her Blinker

When a woman was stopped for failing to use her blinker on a turn, she was given field sobriety tests and was arrested. After reviewing video of her stop, we determined that she had, in fact, used her blinker on the turn and filed a motion to suppress on her behalf. The judge ruled in our favor and all of the evidence from the entire stop was thrown out.

We filed A Motion To Exclude The Breath Test Results

Our client was facing state charges for DWI and child endangerment after being pulled over for a domestic dispute with her sister in a county outside of the St. Louis metro area. After investigating the case, we filed a motion to exclude the breath test results. Before the motion hearing coud be held, the prosecutor's office contacted us offering to dismiss the DWI charge.

DISMISSAL--When our client was arrested in a southwest Missouri municipality for DWI and possession of paraphernalia with a BAC over the legal limit, our attorneys investigated the case and convinced the Prosecuting Attorney to completely dismiss the DWI charge after finding that the breath test machine was improperly maintained.

Negotiate An Unsupervised Probation For The Officer.

When a Police Officer from a St. Louis County Municipality was arrested on DWI after driving on the wrong side of a busy highway, the arresting officers and Prosecutor were ready to make an example of him. We were able to successfully negotiate an unsupervised probation for the officer.

A nurse with asthma was facing a one-year revocation of her license for refusing to submit to a breath test after failing to successfully give a breath sample. After attacking the validity of the refusal, we were able to secure an offer to have the refusal revocation thrown out.

A man facing a one-year revocation of his driving privileges for refusing to submit to a breathalyzer test and accused of having two prior DWIs was able to keep his full driver's license after we successfully proved that the man was denied his rights to speak with an attorney before making a decision about whether or not to blow.